It is undoubtedly one of the noblest wines from Italy, one of the most appreciated by experts and collectors all over the world, one of the delicacies that Piedmont can boost at an international level. Obtained exclusively from Nebbiolo grapes, it is produced in the heart of the Langa hills, a few miles south of the town of Alba, in the territory of 11 municipalities which follow one another in a suggestive itinerary ofhills, carved by the expert hand of man and surveyed by majestic medieval castles, among which is that of Barolo, after which the wine is named.

The origins of Barolo wine merge with those of the grape variety it comes from, the Nebbiolo. Known and cultivated since the Middle Ages, it gave life until the first decades of the nineteenth century to a sweetish wine, quite far removed from the taste we are accustomed to nowadays. In 1827,wine connoisseur Di Staglieno – appointed by King Carlo Alberto of Savoy to take care of some royal farms in South Piedmont –was the first one to apply the French method called Gervais that aimed at regulating the fermentation, which, until then, was conducted without any criteria.

A few years later, in 1834, French oenologist Oudartwas invited to the Langhe area as consultant by Count Camillo Benso di Cavour, who was, at that time, the young mayor of Grinzane. The appointment consisted of applying the technique already used in Franceto the local wines: firstly a complete ripening of the grapes, which would produce a dry wine; then refinement of the wine in barrels for a certain period before bottling.

Among the first ones to believe in the quality potentials of the wine thus obtained was a woman, marquise Giulia Colbert Falletti di Barolo, who had been a childhood friend of Cavour; in the middle of the 1800s she began to promote the Barolo wine at the court of Turin. That wine became quite soon the ambassador of Savoy’s Piedmont a tall courts of Europe. In the last decades of the century, thanks to the dedication and investments bestowed profusely by count Emanuele Alberto di Mirafiore – natural son of King Vittorio Emanuele II and of Countess Rosa di Mirafiore – proprietor of estate Tenuta di Fontanafredda and passionate wine producer, Barolo grew in diffusion and fame in Italy and over the world. With the prestige of his name, the same Count di Mirafiore succeeded to conquer several foreign markets and to obtain the first important honorific recognitions at international exhibitions.

The King of Wines

From the tight bond between the intrinsic characteristics of the wine and the aristocratic tastes of the nineteenth century, a saying arose: “Barolo, the king of wines, the wine of kings”. Endowed with complexity, elegance and austerity, Barolo presents the mark of the lands from which it originates. The hills of Barolo are principally of marine alluvial origin, formed some 10 million years ago.

Geologically, two main types of soil are to be found, which pertain to two well distinct areas: the Tortonian and the Helvetian. The former starts from Verduno, passes through La Morra, Barolo and arrives at Novello: it is characterized by grey-bluish marls. The latter – of the axis through Serralunga d’Alba, Castiglione Falletto and Monforte – presents deposits of compact grey-bluish sands. The Barolo which originates from the Tortonian soil is characterized by fineness, intensity of perfumes and softness; the Helvetian one stands out for vigour, structure and longevity.

The Procedural Guideline for the production of Barolo DOCG (DOCG = appellation d’origine contrôlée et garantie) envisages that the wine is to be submitted, before being marketed, to an aging period of at least three years, of which minimum two in oak or chestnut barrels and the rest in bottle. Already extraordinarily pleasant in youth, Barolo reveals its prominence with the passage of time: the apex of refinement is achieved 8-10 years after grape harvest, but its life can continue, depending on the vintages, even well beyond 20/25 years. 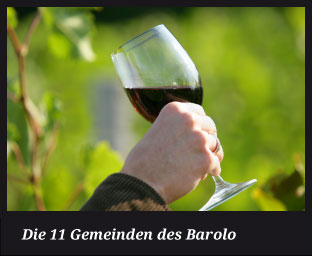 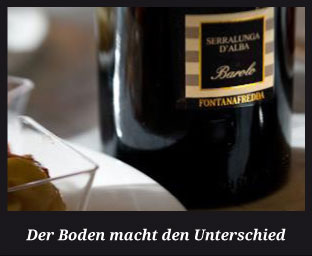 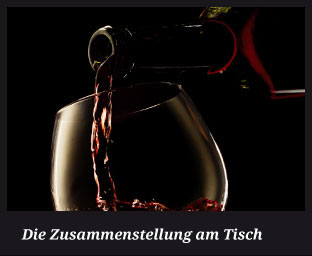